A Few Words About Ariel 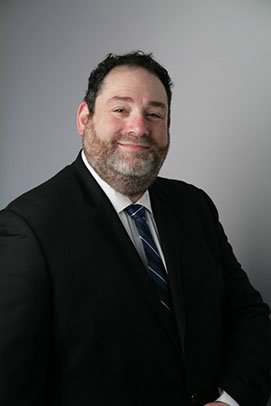 Ariel Rogson has been helping his clients patent their inventions for more than 20 years. His background in computer science is a perfect fit with his technology clients. Aside from software-related inventions, Ariel has worked on inventions involving Solid State Drives, caching, encryption and data compression, database access and management, semantic analysis, biometrics, and test-and-measurement systems, among other technologies.

Prior to attending law school, Ariel worked at Logicon in San Pedro, California. As a member of their technical staff, Ariel supported mission planning with code design, implementation, unit test, and integration test for a national defense contractor. As a law school extern in 1996, Ariel worked for the Honorable Gregory G. Hollows drafting opinions on civil and criminal calendars, including decisions on summary judgments, discovery motions, criminal evidentiary issues and trial instructions.

Ariel’s is a member of AIPLA, the American Bar Association, IEEE, and the Association for Computing Machinery. Ariel was a contributing writer on legal issues for the Software Association of Oregon for several years. Ariel is admitted to practice before the United States Patent and Trademark Office, and he is a member of State Bar of Oregon, State Bar of California, and State Bar of Washington. In his spare time, Ariel likes to bake cheesecakes and sing with the Portland Symphonic Choir.